Note: There are the original 15 Chapter members who formed this Association in Rhode Island in February 2006. Chapter had been recognized in February of 2006 when we accumulated our 15th member as Chapter 9-1 and held our initial elections to office.

The Rhode Island Chapter formed in February 2006 once we obtained our required 15 Members In accordance with National CVMA By-Laws. But our History begins prior to this event. In Fact, Rhode Island had one
Single member (Al Thiebeault member #111) who in fact rode with the Massachusetts Chapter (which was only the second Chapter in the Country) and served as the Vice Commander or XO during his time with them.

Meanwhile in Iraq, while working the 3rd shift in Operations in 2005, many of us who owned and operated Motorcycles had discussed getting together after the war and keep in touch with weekend rides. The formation of a Motorcycle Club had been tossed around, until Mike Dalmazzi who had been researching the internet during the so called “quiet Hours” (2-4am). In Baghdad, and came across the Combat Veterans Association. Which in
Fact was a Veterans Organization with a Motorcycle habit, and not an MC.

At the time, the National website boasted only a few organized Chapters with less than 500 members across the country. The Original 45 members had only formed the CVMA in May of 2001.

Upon our return in April of 2005, a few of us determined to form a Rhode Island Chapter submitted our membership paperwork to National, and became Members in May of 2005. In July of 2005, the National Board of Directors elected Mike Dalmazzi to assume the position of State Representative to review member applications and act as the liaison between members and National. As only a few members we began to support the CVMA cause with Support rides for the Im-Possible Dream Foundation for Children, The Rayne Bromley Cancer ride, and our First Rhode Island Veterans Home Donation drive in December of 2005.

Along the way, Veterans who also supported these events asked about the CVMA insignia which they had never seen before, and after explanation of our function and desire to assist our Veterans, Troops, and those in need. We began an influx of interested Veterans from every Branch of the Armed Forces, every Wartime Deployment, and every age group who enjoyed the company of fellow Veterans, peer support, and the opportunity to support our Veterans.

Our Rhode Island Chapter has taken our support one step further than others. We not only support those who have served, but our mission also focuses on support for those who are currently serving in theaters of operations and in harms way, with our presence at their deployment send off and their returns. We also involve ourselves with community support across the State and where-ever we are needed such as Hasbro Children’s hospital, support rides and functions for children with Autism, Juvenile Diabetes, and Cancer.

In February of 2006, we became the 9th Chapter across the country, with 15 Members. As of now…3 years later. There are approximately 87 members to include our supporters and Auxiliary members within our Chapter with current applications being processed through National. And there are 35 Chapters across the country with some larger States boasting 2-3 secondary Chapters.

Our current members range from ages 20 years old to 95 years young, from Branches of all Armed Services and Wartime service from WWII, Korea, Vietnam, Grenada, Persian Gulf, Iraq and Afghanistan.

Our Support Functions each year are growing also, In 2005 prior to our Chapter forming we attended 4 support events. In 2008, we have attended More than 40 support events, keeping active in all seasons either on two wheels or 4.

As we move forward into the 2009 year, we will continue our commitment to not only our Veterans past and present, but our troops as well, and our communities throughout the State and where ever we are needed to provide a better quality of life to those less fortunate.

As of this date, the chapter has approximately 43 Full, Auxiliary and Support members. Unfortunately, three of our chapter members have since passed. William Temple, Larry Suez and Frank Pine, who was one of the oldest active motorcycle licensed rider in the United States.

The chapter has had several changes in Officers over the years. We are comprised mainly of veterans from the Vietnam, Iraq and Afghanistan wars.

We continue to support the Veterans Home in Bristol, Hasbro Children’s Hospital, and organizations such as Operation Stand Down and the events for the PS2 Ron Gill Jr., SGT Brian St Germain and CPL Holly Charette Scholarship Funds. Troops deploying and returning home have received our support with the aid of the Patriot Guard Riders and the Christian Motorcycle Association, among others. Along with these activities, the RI Chapter has also participated in many parades, “Echo Taps”, “Wreaths Across America” and just recently assisted with the “Waterfire Salute to Veterans” held in Providence.

There have been numerous challenges such as the COVID virus, but we are looking forward to the future, we are now 16 years as a Chapter. 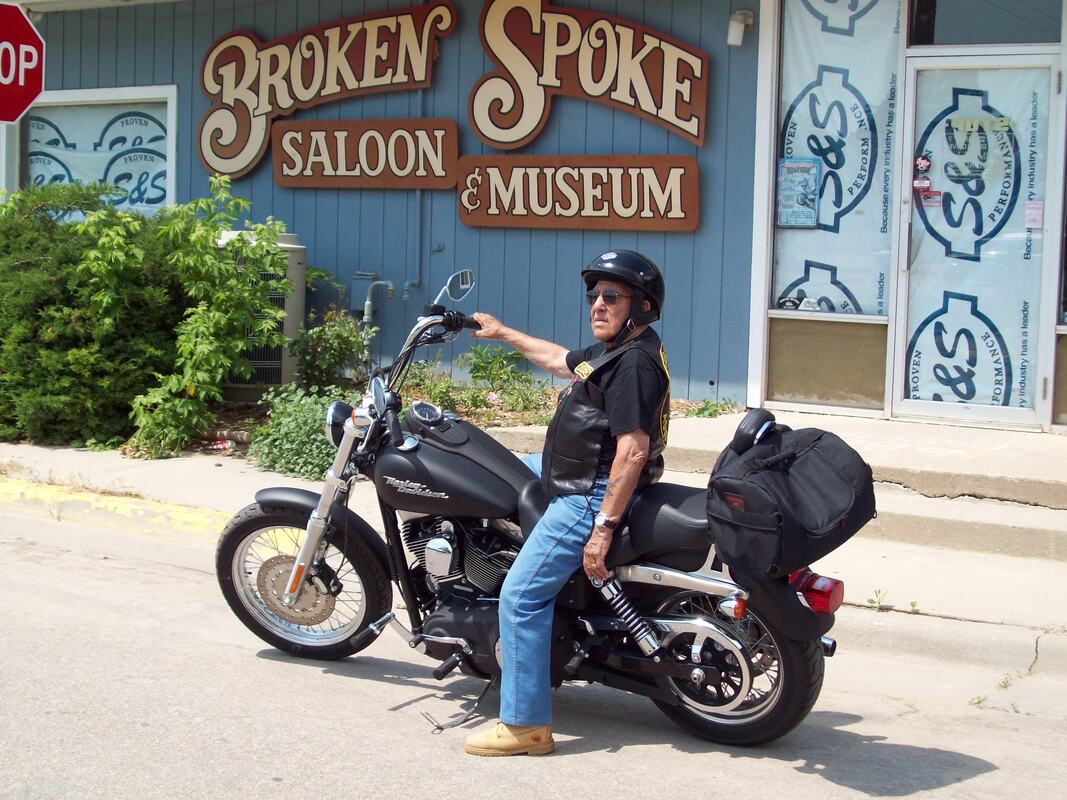 9 March 1914 - 11 August 2011
“Ohhh, Cisco!”
The only place you’ll see the Cisco Kid these days is on cable tv reruns.  “Poncho”, on the other hand, is alive and well – and lives in Newport, RI .
“Poncho” was the nickname given by some of the crew to Motor Machinist’s Mate Frank Pine.  Frank, who recently celebrated his 90th birthday, was born March 9, 1914, in Middletown, RI, to Portuguese immigrants. As many of the folks of that generation know, times were difficult back then.  Frank was forced to leave home and school at the age of 10.  He worked as a farm hand, and his meager earnings were sent home to help support the family, which eventually numbered 13 children.
Frank set off on his own in 1928, working at various farms.  In 1930, he began working for a local agricultural nursery.  In 1932, Frank joined the Civilian Conservation Corps, where he learned to handle explosives.  He worked with the Corps at several locations in Massachusetts and Rhode Island.
During this time, Frank discovered motorcycles – a 1927 Henderson, purchased in 1930, was the first of several he would eventually own.  In 1931, a fellow member of the Star Riders Motorcycle Club introduced Frank to his sister, Angelina Correia, of Little Compton, RI.  They were married on November 4, 1935.
That same year, Frank left the Civilian Conservation Corps, and returned to work at an agricultural nursery.  In 1937, he began work, part time, with the Work Projects Administration (WPA) as a tree surgeon.  These were Great Depression years, and Frank supplemented his income by working in junk yards, driving trucks for a construction company, working as a mechanic and operating bulldozers.

By late 1943, Frank had a wife and six children at home.  Long overdue for a vacation, Uncle Sam obliged by drafting him into the U.S. Navy.  He sold his beloved motorcycle, and went to war.
Boot training at Sampson, NY was followed by a short stint in Groton, having been sent for submarine training by mistake.  Arriving late for small boat training down in Fort Pierce, Florida, Frank was temporarily assigned to work with the Underwater Demolition Team.
He eventually received his Higgins Boat training at Fort Pierce.  Motor Machinist/Seaman Pine then reported to LST 621 at the yard where she was built.  Frank stayed with the ship throughout her European Theater deployment, through the harrowing days off Okinawa and the end of the war.  He was discharged from active service in December, 1945, and elected to join the Naval Reserves.

Frank, a man of extraordinary natural mechanical aptitude, worked as a diesel and automobile mechanic, heavy equipment operator, and truck driver.   Although he now had seven children at home, he was activated for Korean War service in 1950.  He saw action as a crewmember of U.S.S Thompson, DMS 38.

Released from active duty in 1951, Frank was hired by the Navy as a heavy equipment mechanic and operator.  He retired in June, 1973, but continued to work as a mechanic at a Newport marine repair facility and at a local garage.  He was also a night driver for the Armored Carrier Corporation for five years.

Still very active, Frank does just about all of his own home repair and yard work.  He still tinkers with an occasional engine out in his shop.  His family reached a total of eight children.  All four of his boys joined the naval services.  A daughter served in the army.  Frank and Angelina have 15 grandchildren and 18 great grandchildren.  A grandson currently serves with the army in Iraq, and a granddaughter is a nuclear naval officer  (USNA, ’00).
Frank Pine was  honored by the Newport Elks Lodge #104 as the 2007 "Veteran of the Year." In addition to his continued service and volunteerism for veterans, he also helps the elderly and underprivileged children in our community as a member of the Viking Riders and Patriot Guard Riders. At 94, Pine, who still rides his motorcycle a few times a week, is the oldest licensed motorcyclist in the country and co-founder of the Viking Riders. active with the American Legion, VFW, Artillery Company of Newport and Knights of Columbus.
Frank now also joins the ranks as a full-member of the Combat Veterans Motorcycle Association’s Rhode Island Chapter 9-1
As Frank was straddling his motorcycle not long ago, he was heard to say the words that say it all: “The good old days are now.” 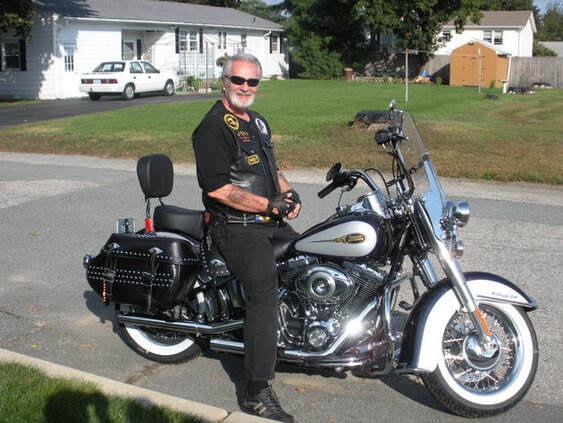 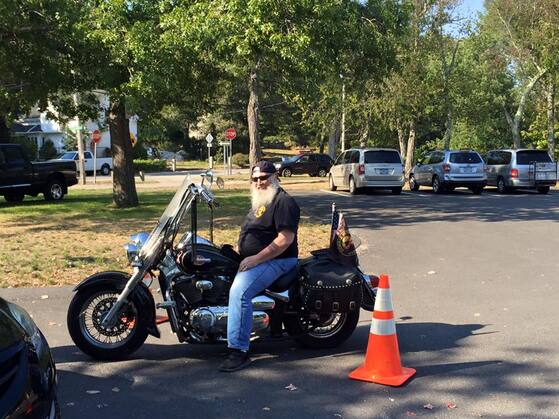 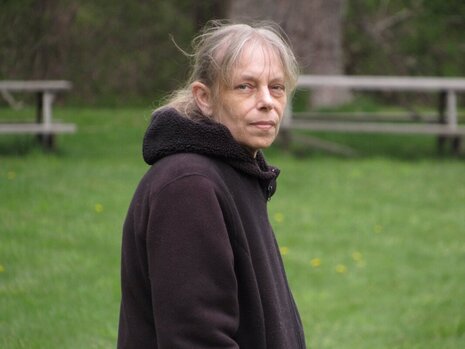 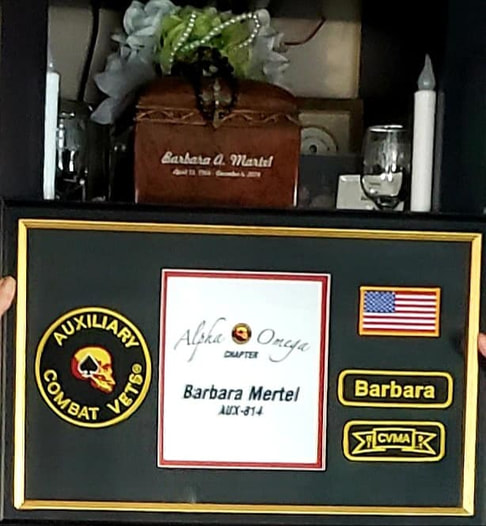 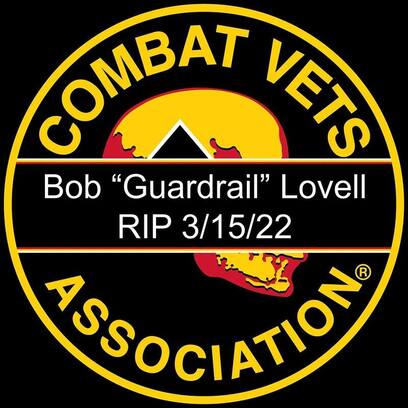 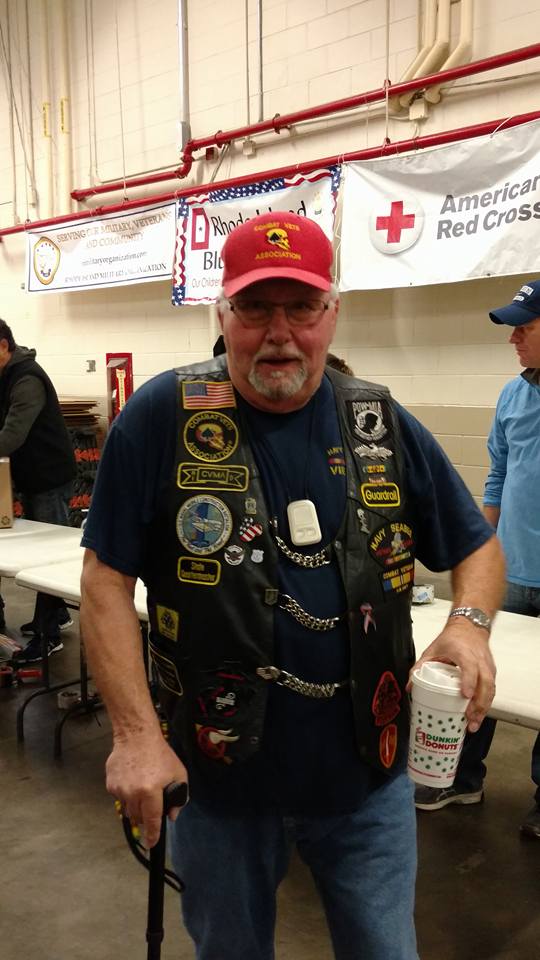